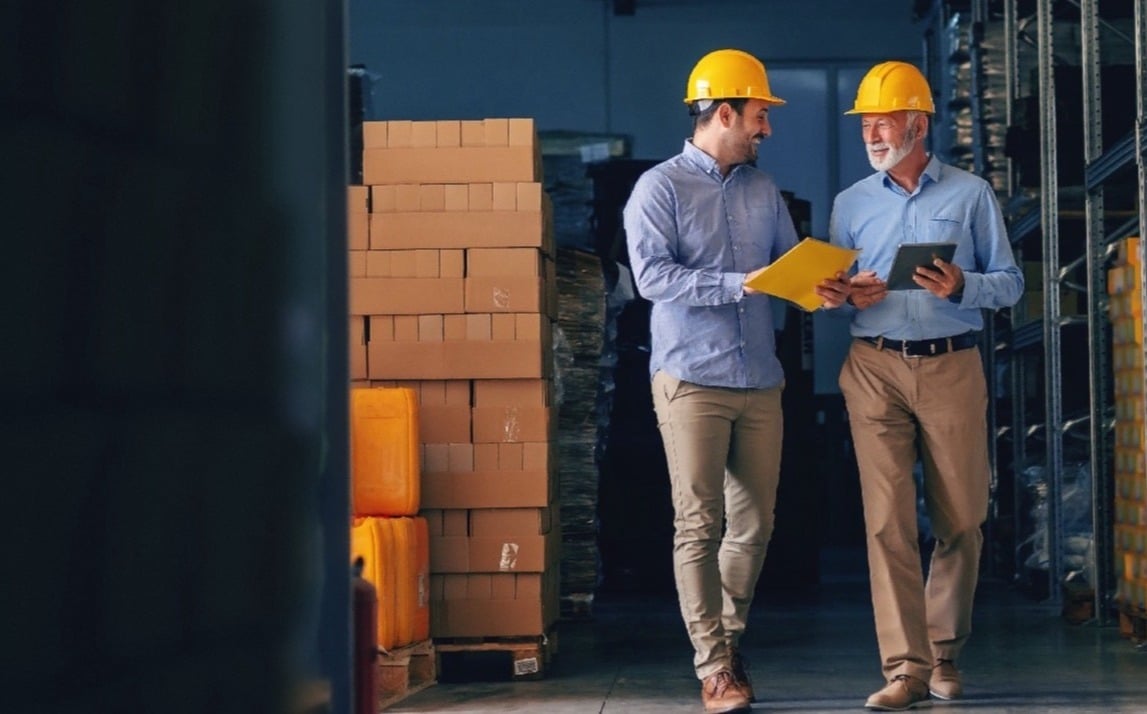 As the vaccination programme continues to roll out across the UK, with schools re-opening in March, could the worst of the pandemic be behind us?

eCommerce was the business success story of 2020 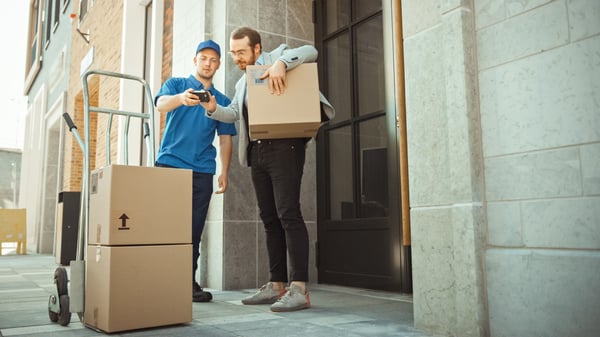 The almost overnight speed of digital adoption throughout the UK, and the meteoric rise of eCommerce as a result.

Commentators everywhere described the acceleration as five years of advancement for the eCommerce industry in the space of just six months.

“eCommerce shopping has leapfrogged ahead about three to five years during the pandemic and they don’t think it’s going back to where it was before.”

Catching up with online retail in 2021 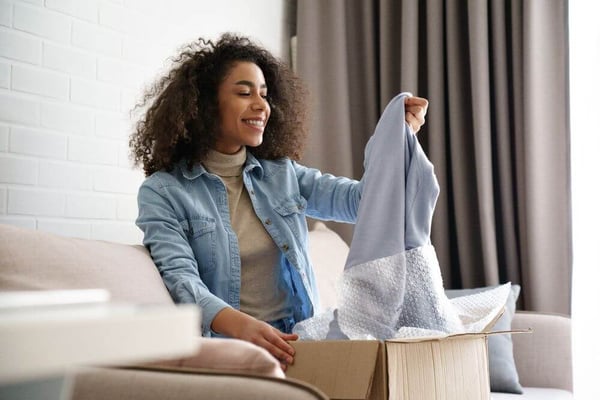 The progression to online retail isn’t really news. Alongside the ongoing story of the decline of Britain’s high street, it’s been told since the advent of the internet – surely for at least the last ten years, if not longer?

The rise and rise of eCommerce has changed the retail landscape. On one hand, it has created stars, regaled with fame and fortune.  On the other hand, with all eyes on the sector, both the national media and government seem to be out for blood. eCommerce is still a young industry and is experiencing growing pains like any other. 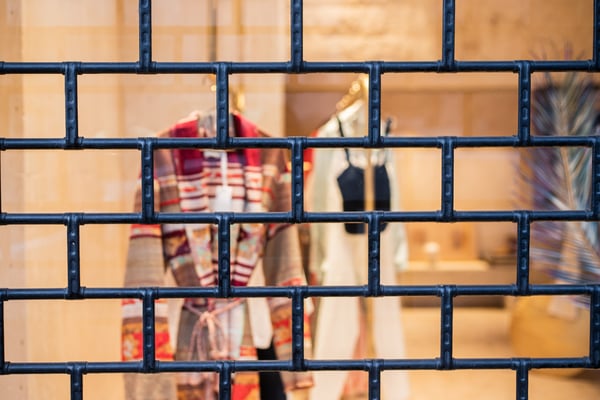 The Manchester-based online fashion giant Boohoo has received fierce criticism over its approach to sourcing. As a result, Boohoo’s share price plummeted to almost half in 2020 following an investigation by the Sunday Times.

Based on this investigation, the Sunday Times published and outed, a number of UK-based factories in the Boohoo supply chain who were paying workers as little as £3.50 per hour, a long way below the UK’s minimum wage of £8.91.

The scandal escalated to the highest echelons of the UK government and drew the attention of Home Secretary Priti Patel. The home secretary insisted that the eCommerce retailer “must step up and take responsibility.”

In the lead up to Christmas, Boohoo founder Mahmud Kamani explained:

“If we are guilty of anything, then it’s failing to realise we needed to put in more oversight and governance when dealing with suppliers.”

In February 2021, fast fashion brand Boohoo gave its British suppliers in Leicester until March 5th to,

As a fast-growing marketplace, it’s clear that Boohoo were scaling quickly to meet demand. Yet managing a burgeoning portfolio of merchants places huge demands on their systems and processes.

Working capital is not solely for securing the best possible deal from a supplier, it also enables businesses to invest positively in their process and practice – working capital funds growth.

In February 2020, no fewer than eighteen supermarkets, retail property owners, and CEOs of high street chain stores called on chancellor Rishi Sunak to overhaul the current tax system and put them on a level playing field’ with eCommerce.

This is unsurprising from an ailing traditional retail sector that has been hit hard by the pandemic.

While eCommerce has soared in 2020 – Amazon alone reporting that UK sales have risen by 51% to the tune of £19.3 billion – the giants of online retail and big tech have drawn the attention of the world’s media and lawmakers for their minimisation avoidance of paying taxes.

It’s fascinating to see such rivalry between traditional retail and eCommerce emerge so publicly. Online retail has experienced exponential growth, with that comes scrutiny.

In our recent article ‘Global racketeering online’ we explored the potentially darker side of eCommerce.

For the giants of the industry, the independent online retailer, or the eCommerce merchant selling goods on a marketplace, a heavy dose of taxation and regulation can fast become a working capital issue.

Meeting new financial requirements, or if the demands on business’ cash suddenly change, it can prove more costly than simply paying taxes. Especially if it means that a business can replenish stocks in a time of high demand. 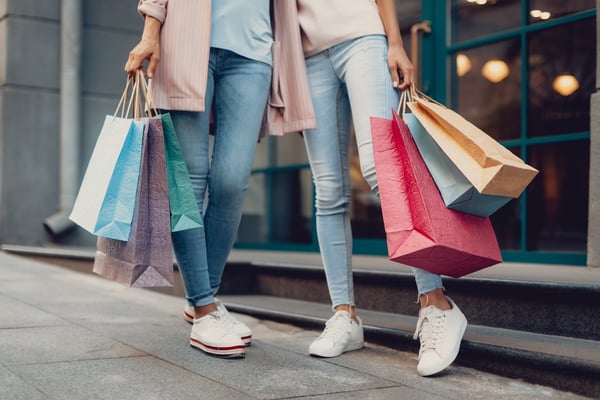 If necessity is the mother of all invention, there’s no doubt that the key to the unbridled success of eCommerce are the extended periods of government-imposed lockdown throughout the world.

Online retail was ready to be a solution to the world’s problem.

What about the problems caused by the solution?  There’s a great distance between revenue and the bottom line of every balance sheet.

While online revenues soared in 2020, online returns were up as much as 70% from 2019 and this is an astronomical expense for the online retailer.

A couple of the solutions involve:

A bespoke pattern will then be created and sent directly to a factory where garments can be made to a bespoke specification. This also demonstrates an even greater investment in customer experience.

The payment cycle for a marketplace can take between seven to thirty days to cover exactly this circumstance. If an online retailer has a surge in demand, working capital (cash) continues to re-stock and meet the demand whilst they wait for the funds from their sales to clear. It will be vital to ensuring a successful 2021.

As customers move online in unprecedented numbers, there's never been a better time to build your eCommerce business. We deliver higher levels of funding at better rates, giving you up to $2m to fuel your business growth. 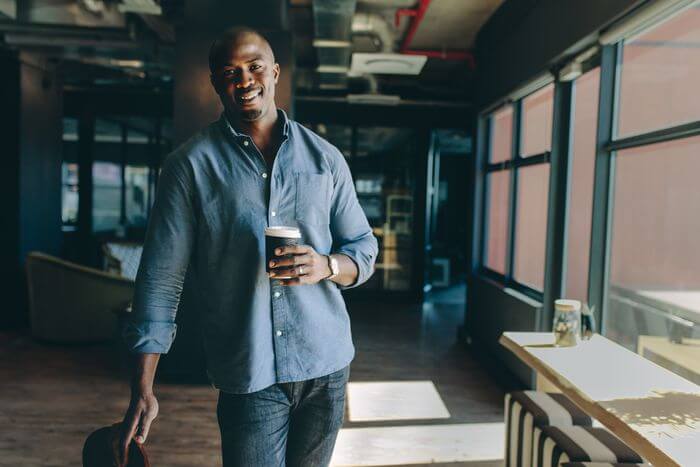